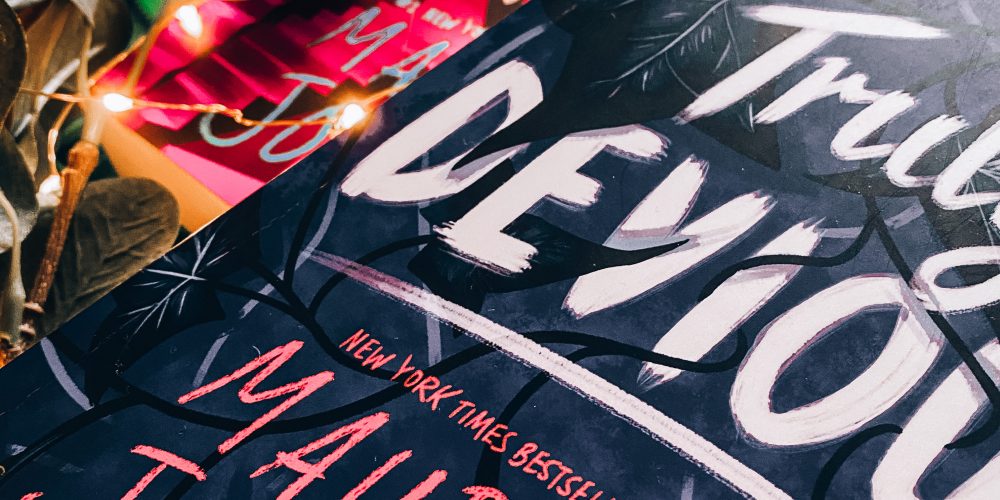 Look! A riddle! Time for fun! Should we use a rope or gun?

The Truly Devious trilogy was a book series I’d had my eyes on for a while. As soon as I began reading, I knew it would be a great book to review too.

My only reason for not picking up this series sooner is because I don’t tend to enjoy mystery/crime as much as others. But this booked has changed all of that for me.

Many years after an unsolved kidnapping (and murder) by pseudonym Truly, Devious, Ellingham Academy, a private school for the best and brightest—invites Stevie Bell to attend. Stevie, who has an interest in true-crime, is determined to solve the case. But when a classmate is found dead in a seemingly odd accident, Stevie begins to wonder if Truly Devious has come back again.

I think it’s been a long time since I forced my husband to take me to the local bookstore because I needed a sequel. Which, I then realised there was another book.

And, because this is a trilogy, I’m going to refrain from giving away spoilers.

The Truly Devious trilogy is charming, exciting, and refreshing. It’s gripping, but in the ways, I didn’t expect. It has mystery, which is answered slowly and earned only as you progress through Stevie’s story, something I actually think added to my reading experience.

My favourite things about this series is how each book has its own mystery, within the overarching mystery. For saying I’m not someone who likes crime/mystery, this shocked me as my favourite thing.

Each book has something occurring in the present day, which links to the unsolved kidnapping/murder from 1936. The pacing of the information being relaid wasn’t tedious, and I never found myself bored, but instead found it really enjoyable and gripping. The series has been well thought out; it’s creativity, and difference shining through.

Maureen Johnson also has a fantastic gift for bringing fresh characters to a genre I usually dislike.

“So much of anxiety was anxiety about having anxiety.”

Something I’d expected to find, but surprisingly didn’t, was at no point, did I I find myself questioning any of the narratives. Usually, with mysteries or crime, I wonder if any of it could actually have happened. In the case of Ellingham Academy, all of it is accounted for.

It has a magical feel to it, giving both dark academia vibes mixed with Hogwarts, without the magic and witches. Maureen Johnson has clearly spent a lot of time planning the series out. You can feel as much as you read, leaving few to nil holes.

I’d even go as far to say I’m thrilled with the way the ending came about.

Actually, I’ll be honest, I didn’t even guess who could have committed the original murder until Stevie was literally spoon-feeding it me. Others, though, may be quicker on the mark because—again—crime/mystery isn’t usually the books I read.

The Truly Devious trilogy did something I didn’t expect with the cliffhangers. It was never any information to do with the crimes. But rather something which affected Stevie—something I found super refreshing. Usually, I’m not the biggest fan of cliffhangers. I want the story, and path of the characters, to justify me picking up the sequel. But I actually really loved how Maureen Johnson wrote the cliffhangers. I didn’t expect it, and it made it impossible for me not to pick up the next book. Especially so with the way the first and second book in the series ends.

The ending of Truly Devious (book one), like the fudge? Amirite? Okay, that’s all I’m going to say.

The Hand on the Wall, Maureen Johnson

As the main character, Stevie is one of the more likeable characters I’ve recently encountered. Her quirkiness is handled brilliantly, and I find myself rarely irritated with her. Something I tend to find a lot with young adult fiction.

To be fair, many of the characters are interesting and well thought out, each of them with something that niggles at you—needing more information.

My only annoyance was how little we got off her best friend, Janelle. Not only is she a lesbian, but also a bad-ass inventor. We are led to believe she’s going to an important side character. But, she barely shows up in the first two books.

Nate, however, is around a lot more as the cynical writer I heavily related to.

There is a romance plot in this book, but it’s not what the book is about. The way it’s handled is real, and relatable as a teenager. It’s a lot of ups and downs, not-knowing-what-to-do sort of moments. There is a lot against them, as you will figure out as you read the series. This, though, makes it far more enjoyable, and has you wondering if they’ll make it.

Overall, I loved each book.

The writing strengthened from book one to three. Some of Maureen’s best writing comes in the third book, and I promise it’s worth the wait for it. Something, the writer in me, really love.

The characters also grew and adapted—none of them becoming stagnant. I loved Stevie’s evolution, her confidence growing as does her control over her anxiety. As a sufferer myself, it’s really nice to see it represented in the book, although I do wish it was covered more.

It’s an easy, enjoyable read. I think I read the entire series within 24 hours, mainly because I needed to know what happened. Something I rarely ever have an impulse for with this genre, so a huge credit to Maureen Johnson for that one.

For me, it’s the easiest solid five stars. That’s as the series and the three books.

I’d recommend this book, but not on a busy weekend—because trust me—I think you’ll find it hard to put down.

These are all AF to the paperbacks of the Truly Devious Triology:
Truly Devious
The Vanishing Stair
The Hand on the Wall

← More Than Just A Pretty Face || Book Review
Should You Write Under a Pseudonym? →