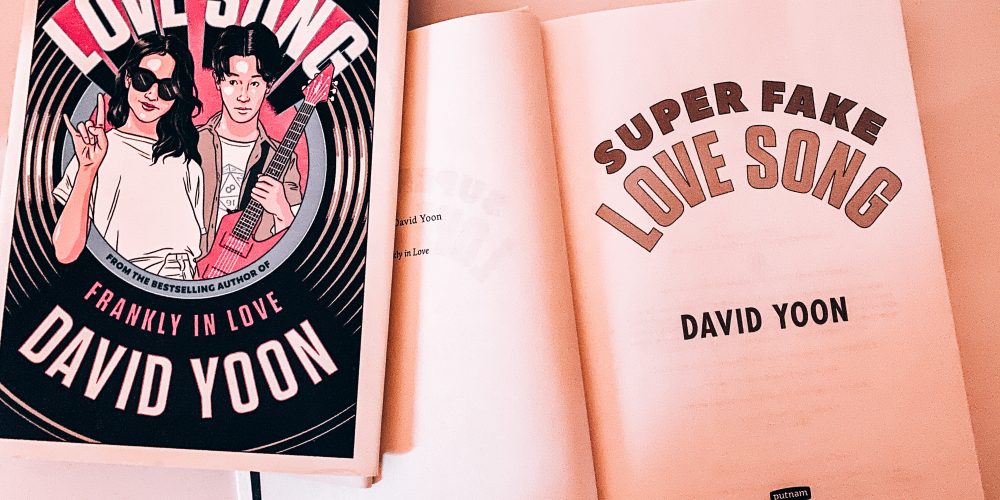 Super Fake Love Song is the story about Sunny Dae—younger brother of Gray Dae—meets Cirrus Soh, who he somehow lets her believe that he’s the frontman of a rock band. And then, as to be expected, chaos ensues.

Super Fake Love Song by David Yoon, the author of  Frankly in Love writes a YA rom-com of mistaken identity meets fake-it-till-you-make-it… sort of. It delves into the places we find ourselves, the weight of our image in high school, perception, and how hard it can sometimes feel to simply be yourself.

I rated this book four stars out of five, and here is why.

Grab yourself a copy from Waterstones Here.

When we meet Sunny, he’s a DIY role-play prop video maker with his two best friends. He’s cynical, a bit insecure, and unsure of how he fits in wherever he is; whether that’s with his family, his brother or his school. Somehow, though, he has survived in high school relatively unharmed except for the occasional run-in with Gunner.

When Cirrus enters his life, Sunny barely can string a few words together, and doesn’t stop Cirrus from entering one of the Dae’s bedrooms. Where Cirrus mistakes Gray’s room for Sunny’s, and Sunny fails to correct her; allowing her to go along thinking he’s the frontman of a rock band. This means Sunny has to begin dressing like his older brother; while roping in his friends to help make a band with him.

Which they do, and so the lies continue to build.

As to be expected in Super Fake Love Song, Sunny begins to get sucked into his own lie. Suddenly believing that as the fake-Sunny, he can be popular and get the girl. This shift in him was super interesting to read, and one of my favourite parts of David’s writing.

Soon enough, the lie begins to unravel, and Sunny not only embarrasses himself, but those around him.

The entire read was a fun, rom-com-feeling romantic book with deep-rooted emotions and nerve-wracking secrets desperate to come out. It handles some heavy topics too, including race and depression. As a white-cis woman I can’t comment on how the author handles race. However, the book does make notice of some derogative, racist comments the two brothers have experienced.

I found Sunny’s realisation and acceptance of who he was more beautiful than the relationship between him and Cirrus. I don’t feel it was poorly executed, but just that him finding who he is and accepting himself was more enjoyable and much more compelling to read. The gradual build of his relationship with his brother was wonderful, and it was nice to see the gap forced apart by age suddenly come closer together. It’s always nice to see a YA book tackle family dynamics, and this happened to be a strong, and enjoyable, theme within this book.

The under arching theme of the pressures of adult-life were crept in periodically, but were also wonderful to see. Gray’s addition to the plot showed that not all dreams can always come true, and while a harsh reality to digest, it was one perfectly handled throughout the book.

David Yoon’s writing is wonderful to read. It always felt smooth, remained effortless, and fun while flowing easily. A personal favourite of the book was the development of Gunner, the school bully. Showing that he is so much more, and that he has layers to him really added an interesting element to the story, and one I wish others tackled. Yoon really shows that popularity isn’t all that it seems, and being cool is all about how you see yourself too.

Overall, Super Fake Love Song was an enjoyable and thought-provoking read. The development of the plot was well-handled, with some original additions and the expansion of who Gray was. It was far more emotional than I was expecting. Sunny’s acceptance of himself was stunning, and my favourite part overall. I wished this book had been around when I struggled with myself, because the themes under the plot, would have hit me and maybe allowed me to accept myself.

It’s a fun, easy read and an enjoyable four-stars. I can’t wait to see what else David Yoon does.

Grab yourself a copy from Waterstones Here.
Or pick up Frankly In Love Here. 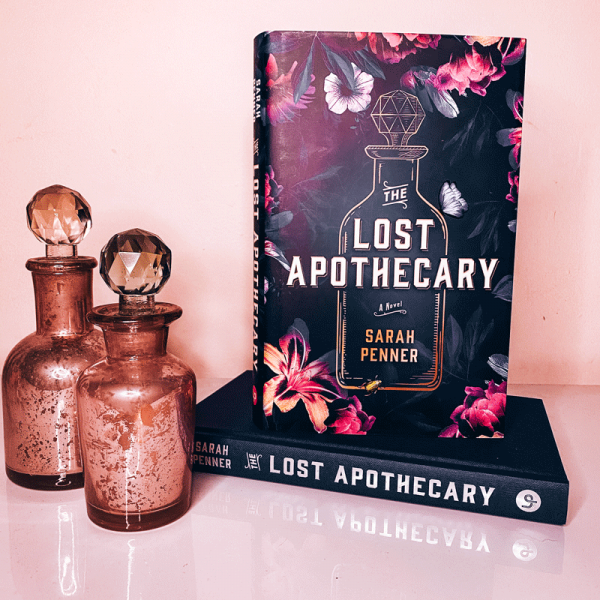 ← I’ve Been Given The Sunshine Blogger Award
Skin By E.M. Reapy || Book Review →