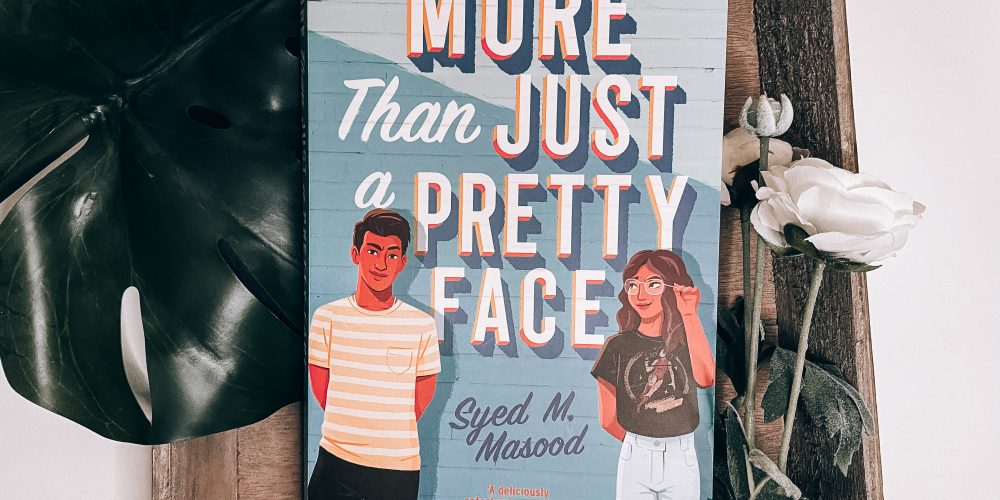 You are here: Home / Book / More Than Just A Pretty Face || Book Review

More That Just A Pretty Face is a warm and cute romance book by Syed M. Masood.

I received an ARC from NetGalley of this ebook, and later a physical copy from Hodder and Stoughton for free, for my honest opinion.

Danyal Jilani doesn’t lack confidence, and while he isn’t the smartest boy in the room, he’s a good chef. Kaval, Danyal’s long term crush, is all that matters. Even he knows he’s less than desirable as her arranged marriage proposal. Something his mother also knows. But, when his mother brings a new girl into his life; his teacher selects him for a school-wide championship. And, he begins doing well at work. Everything will remain the same, right?

I really liked so much about this book. The representation (although, being white I can’t comment on it’s accuracy) and the way it spoke of love in such a positive way. Danyal was so easy to root for, to fall for and wish for a happy ending for. He’s funny, confident and doesn’t shy away from not being the smartest bulb in the box. Something I actually really admired about his characterisation. I loved how his growth in the book is dependant on him grasping his history work for the championship. But the author doesn’t change Danyal over the course of his learning.

Danyal accepts help, he opens his eyes, but still remains the same loveable guy we first meet. Just with an interest in his education.

He begins to open his eyes to history too. Something admirable, and I think it allows him a chance to see his dad in a new light. His bond with his mum was also adorable to read. I love reads where the lead has a good relationship with their parents.

I loved Bisma. Her life before she meets Danyal sounds so sad, that I was rooting for her throughout (and secretly them). I really liked the book touching on the ‘sin’ of what she has done. Even though she carries so much guilt about it, the book doesn’t shy away from the impact it has on her life and her families. But, it does allow Danyal’s character to blossom in how he handles it. It gives him chance to show compassion we don’t get a lot from male leads.

The writing was easy, the pacing was comfortable, and overall it was a quick but enjoyable read. More Than Just A Pretty Face has a way of hooking you in with romance, food, and history, and ensuring you stay till the end. It wraps itself up in a cute, adorable way that is pleasing to read.

While I did use Google, it would have been nice to have a glossary of the words used in the book that were non-english. More so for pronunciation purposes, as it doesn’t take anything away from the book. I’m just someone who likes to ensure they’re reading the words as they are supposed to be spoken/read.

The things stopping me from giving this book five stars is that on occasion, it was too easy of a read. There didn’t seem to be much at stake for the character. It became clear through the characters point of view of his changing feelings and what he was going to do. While this was refreshing, it didn’t built up much up in sense of plot. Which in the end made it feel a little lacklustre when the book boiled down to its final chapters.

Overall, More Than Just A Pretty Face is an easy, fluffy and enjoyable read. The ending is pleasing to the audience, and after enjoying the book, it’s one I will be recommending to friends. All of this, and the characterisation is the reason for my rating of four stars out of five.