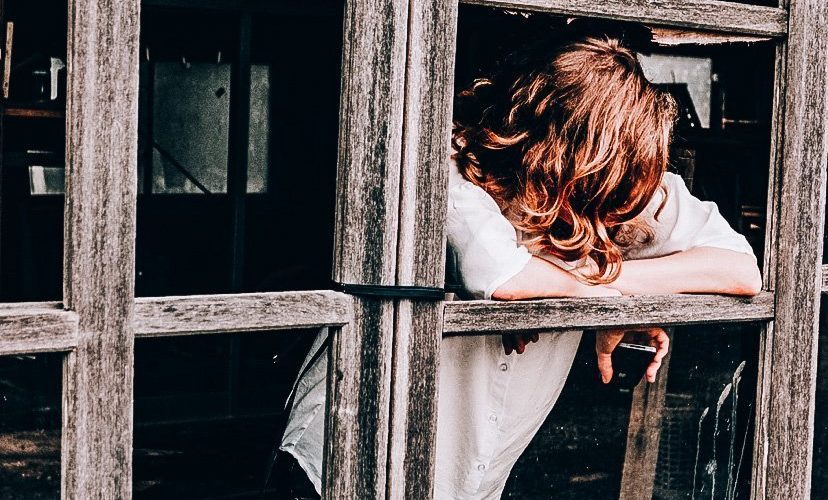 You are here: Home / Mental Health / Does Anxiety Stop You From Making Friends?

If you met me, you’d think: “How could this girl ever struggle to make friends?” But I do. Not on the outside, because that person has mastered when to smile and to laugh. They know when to make a joke, and to know when to stop.

But, it isn’t the ‘me’ you see on the outside which struggles with the friendships I have, but the version inside. The one who is crippled with doubt over everything she does; the one who weighs up every word, wondering if words said are what is actually being said, or if there is a hidden meaning.

For me, making friends is like dating. You spend time conversing, building a foundation of inside jokes and interest, and then you proceed to hang out more. You begin weaving bits of your life with them, just the same as you do when you date.

The thing is, I know I’m not alone.

Many people suffer from anxiety or will do at least once in their life. A large section of those who do struggle with relationships—whether that’s romantic or not.

Our brains like to go wild, they want to run until they’re tired, and even then run some more. They want to make us question things, and if we aren’t careful, we allow it too.

For instance, my brain spirals out of control in anxiety-weird-bursts of panic and worry whenever I speak up. I fear I’ve said the wrong thing, and it’s even worse when it’s to someone I care about. Every time I reach out, asking for help, I feel a panic come over me in case I become a burden—worrying I’ll annoy people. Its this—the anxiety living inside of me—which makes it so hard to make—and keep—friends, because sometimes, I’m afraid of being honest.

Self-doubt, in moderation, is healthy. It helps us to recognise we aren’t always right, and we challenge ourselves as we reflect on our choices. However, when anxiety and self-doubt meet, we can stand in our own way. We begin questioning everything, down to the clothes we choose to the actions we naturally do and how they impact others. Such as, ‘If I wear this, will they hate me?’ Or ‘If I bring snacks, will they think I’m too much?’

Many professionals say the best way to deal with this inner-critic, is to connect with people we care about and share it. To break it down, brick-by-brick, by confronting it head-on. But what do we do when connecting with people riles this voice even more?

You see, on face value, I show up, I care, and I’m always there for a person. I’m social, I interact, and I continuously reach out. This should, theoretically, be enough. But it isn’t, and worst of all, in my head, it’s not enough.

It doesn’t matter even if I know I’m the one a lot of my friends turn to. It’s the texts or calls that aren’t returned. The message left unread for days, the one read and not replied to; the call unreturned, and even the one I’ve not yet made out of fear. It’s those ones that plague my mind.

Will I be too needy, did I come across the right way, do they still want to be my friend?

Even as I write this—and the countless texts I’ve sent over the years to friends on this—I know it sounds silly. I know the little blob of darkness, the slither of doubt, is wrong and I have nothing to worry about. But, I still do worry.

Because one day, I could be too much, I could be not enough for someone. Which is why for me, I hold things too tight sometimes. I push, and I prod; I love with all I can, and I take the losses so personally.

None of this, though, is healthy. Allowing my anxiety to run away from me, is not healthy.

It’s not good for the relationships I’m trying to nurture; it’s not good for me. I’ve had to begin re-training how I talk about myself and see myself. Knowing some of that doubt comes from within me, and only me. So far, I’ve been doing it for a year, and I’ve noticed changes—small ones, but little is better than none.

In recent months, I’ve tried to stop seeking reassurance because I recognised it fed the doubt more. I tried to take smaller steps and break down the conversation, and the messages with no faces to read, and read them for what they were, and not what my brain led me to believe. It hasn’t fixed anything, it hasn’t healed the cracks, but it helps.

If you’ve ever found yourself feeling like this, I wanted you to know you’re not alone. That this type of self-doubt exists, and people elsewhere feel the struggle you do. People who have anxiety, who smile and have a lot of friends, still do struggle to make friends.

Recently, I shared these feelings with my friend, and it was like a weight coming off my shoulders finally knowing—after such a long time—that I’m not alone in how I struggle.

It became reassuring to know I’m not the only one drowning in social circles. That I’m not alone in how I people-please because I’m afraid of losing people who ‘get me’, and finding it so hard when I lose people, even if they were never worth having to begin with. Opening up to her woke me up to trying harder to get a handle on my self-doubt.

To stop seeking reassurance all the time, and only when it became tough for me to focus on anything but that. Most of the time, if I ignored it and said I’d come back to it soon, I’d forget about it. Choosing to only question, and prod, when I couldn’t stop thinking about it after an extended time, has began to help.

Not massively, but enough.

I’m sorry, though. Unfortunately, other than reassuring you that you’re not alone, I don’t have a fix. I don’t have a magic spell, or a wand to wave over you.

But I can tell you, most of my worries haven’t come true, and I have some amazing people in my life—just like you do. I can say you’re not alone, and hope that provides a small amount of comfort.

I can also remind you, we are lucky to have people in our lives we love. Somedays, when things are dark we just have to look to see them a little harder than the days when it’s sunny. We need to begin to look for them in the same way we look for the light in the dark or for the rainbows in the rain.

We also need to stop assuming the worst, that our friends or loved ones will leave. That a slice of honesty will have them bolting for the door, and asking for help will mean they’ll hate us. Sometimes, we need to believe and trust the good ones will come back.

They usually, always do.