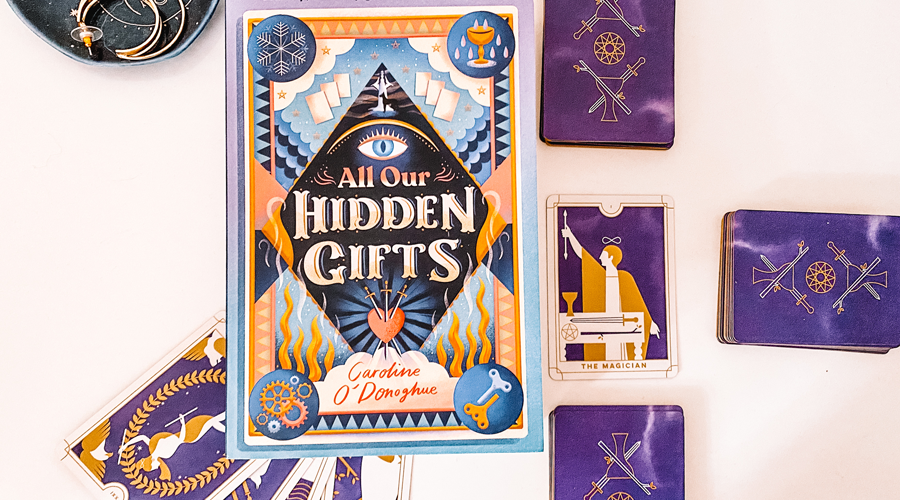 You are here: Home / Book / All Our Hidden Gifts || Book Review

Affiliate (AFF) Links Are Used In This Blog Post // All Our Hidden Gifts is the first instalment in Caroline O’Donoghue debut YA novel with paranormal magic, LGBTQ+ representation, and mystery. Throw in some abandoned tarot cards, and you’ve got yourself a gripping novel with 16-year-old Maeve, an Irish teenager, at the forefront.

Maeve Chambers is lost, feeling stupid in her family of geniuses, having fallen out with her best friend Lily a year ago, and barely noticed by her fellow students. She doesn’t feel she fits in, but when she discovers tarot cards during her detention, she is suddenly thrown into popularity by giving readings to the other girls. Having finally found her place, her world is tilted again when she gives her ex-best friend Lily a reading, dissolving into an argument. Maeve, racked with guilt, hopes to apologise come Monday, but Lily goes missing, and half the school think Maeve and her cards have something to do with it.

Recommended For: Magic/Paranormal Lovers.
For Fans Of: These Witches Don’t Burn
Rating: 4 out of 5

All Our Hidden Gifts, Thoughts

I really enjoyed reading this book. As someone who is a huge lover of witch books, I loved how important tarot played in this, having rarely read a story with it being such a focus. The build of creepiness throughout the book, the dreams and the magical energy was perfectly executed and made it really hard to put the book down.

The characters bounced off one another well. Maeve, at times, was unlikeable but redeemed herself and I actually really liked that about the writing. I like how you were meant to feel on the fence with Maeve’s decisions because again, she’s a teenager, she’s sixteen, she isn’t going to be perfect. Fiona and Roe came in, creating the trio which would aim to discover what happened to Lily.

In terms of representation, we got quite a handful in All Our Hidden Gifts. Roe (Rory) is non-binary/gender-fluid as well as bisexual. Maeve sister, Joanne is a lesbian. Fiona (Maeve’s friend) is Filipino with her family and heritage playing a part in the story too. There is also a sea of LGBTQ+ celebration and mention, which was so refreshing and nice to read. Even if the celebration is cut short. It allowed me, for once, to feel I could comfortably fit into this world.

There were certain elements in the story I thought were really clever. One of them was to have Roe be Lily’s brother. Having them conflicted by how they feel as well as the struggles they’re having because they didn’t feel close to their sister. I can’t wait to see how Roe is further explored. Just because Roe had so many layers outside of just their sexual preference and identity.

Choosing to delve into the ‘bitchiness’ of school, showing how difficult it can be, was fun to read. But I really enjoyed how the author chose to make sure we knew Maeve’s decisions were her own. The pressure of wanting to be popular and be someone, ultimately made her choose to abandon the only friend she had. This mark is usually missed, but Caroline handled it really well in my opinion.

When it came to the magical, it seemed believable. The suspense and thrill of things unveiling themselves sucked me in. If I’m truthful I read this book in half a day, just because I needed to know what happened. Having Maeve learn about tarot cards was clever, especially for anyone who hasn’t used or read cards before; having the store become her source of information was again brilliant. I really liked that ‘Divination’ the shop, became a central part in the book. And not just shoe-horned in for Maeve to learn more. It was cleverly brought in with Maeve visiting to buy the crystal early on.

I wasn’t expecting the romance sub-plot and I can’t wait to see how it is further explored throughout the book.

The only thing taking this from five stars down to four is the side-plot. I half-expected it to be there to throw us off. However, by the end, it felt undeveloped. The American felt like a caricature of a ‘bad guy’. I wished we had more dealings with him and a tighter wrap-up. It felt disappointing that he was ultimately blamed for showing the hate within people. I imagine he’ll play a bigger part in the books to follow. But I’m also not overly hyped by this either.

All Our Hidden Gifts, Round-Up

Other than the above, I have few complaints. I’ve heard others argue that the characters felt younger than sixteen due to how they spoke and behaved. But, I think that’s more because other writers tend to age-up their characters. They have them acting more mature, and just doing something silly. Whereas Maeve acts and thinks like a teenager; like someone who has watched a video once and knows how to do something. I actually liked how she was portrayed, as well as her fellow students. I feel they matched their age and remained in character.

All Our Hidden Gifts was difficult to put down. It was a wonderful, enjoyable read and it was an easy four-stars to give. I cannot wait to see how things play out in further instalments, as well as how Lily will play a part in the story.

The Box In The Woods | Book Review 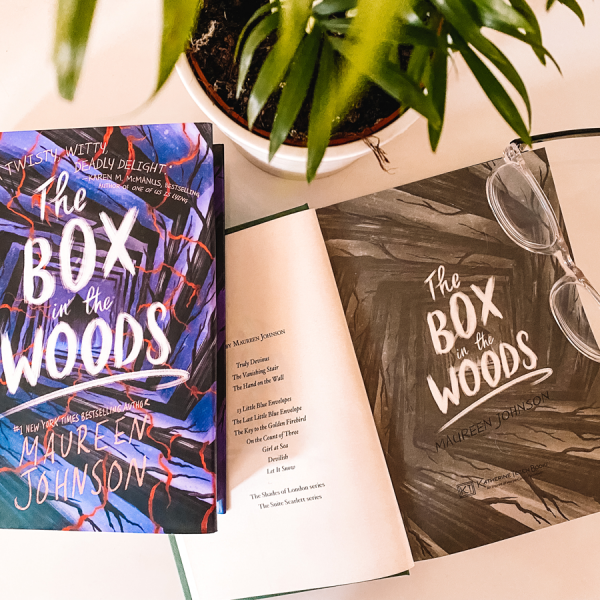 Six of My Fave Books With Magic

5 Ways To Get More Organised 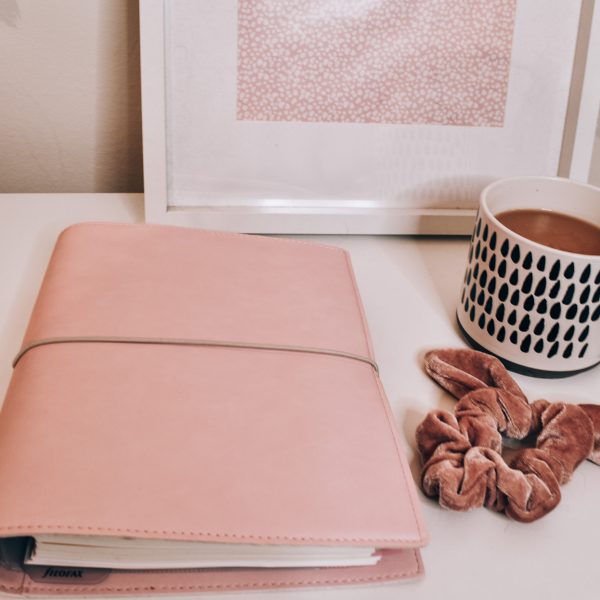