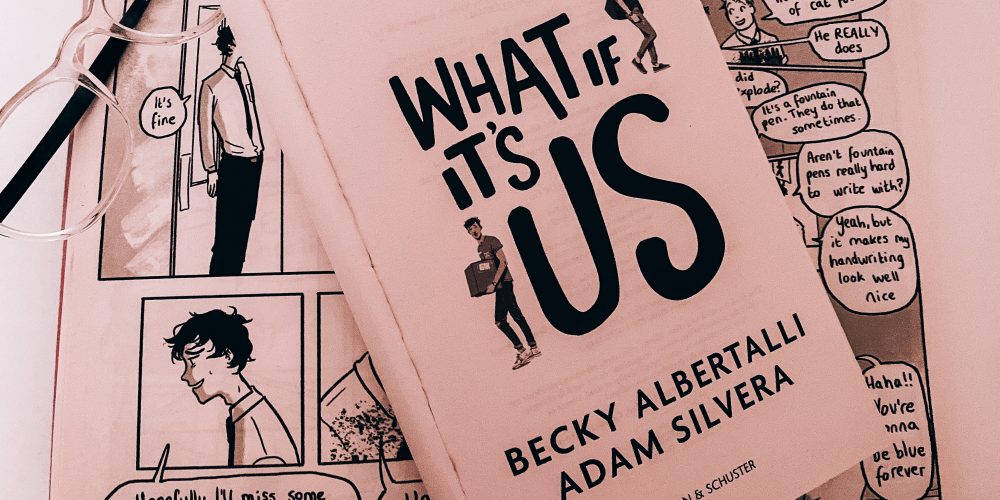 Finding a wonderful YA LGBTQ+ story, which has a wonderful love story, and characters you can relate to, for me, are few and far between. Although, they are on the rise.

Especially as your girl here is writing her own YA LGBTQ+ story herself, keep your eyes peeled for that one.

But, when I was a teen, finding anything but a male x female relationship was difficult. Not that I really knew at the time I longed for something else.

Representation matters in young adult & teen fiction, because if anyone felt like I did (and by that I mean 24 and realising I was bi), it can mean everything to you.

Not knowing who I was kept a part of myself locked away for a really long time, and while I still married my male best friend (something I believe I was destined to do), I do feel I was robbed of understanding myself for all those years before. Books can help fill those gaps, it can educate you on how you’re feeling by giving characters you relate, and care about, to give you a wider understanding.

The importance of YA LGBTQ+ books isn’t just for that, but if you like me weren’t exposed to anything but heterosexual relationships, it can be eye-opening. Especially if you’ve been struggling with yourself.

So, for this week, I wanted to do a wrap up of some of my favourite YA LGBTQ+ books I’ve read that I think you MUST read, at least once, if not forever:

Summary: With First Son, Alex Claremont-Diaz is the closest thing to a prince in the USA, a third member of the White House Trio. But, when on an International visit, Alex is caught in a confrontation with “nemesis” Prince Henry of England, and of course, it’s all caught by the media. The plan for damage control: staging a fake friendship between the First Son and the Prince. But when the fakeness subsides, the real feelings develop, will it all be worth it?

This, in my opinion, is happiness in a book.

It’s also frequently a book I come back to when I’m having a bad day. It’s beautiful, funny, and adorable, but it’s also wonderfully written.

The author, Casey McQuiston also has a female x female romance out soon if you’re already a fan of her work.

I was going to do both of these books separately, but Alice (you are wonderful if you’re reading this) has a way with words and thought it would be easier to put them both together.

Especially as Heartstopper is in its third volume.

Radio Silence Summary: Frances has been a study machine with one goal. Nothing will stand in her way; not friends, not a guilty secret – not even the person she is on the inside. Then Frances meets Aled, and for the first time she’s unafraid to be herself. So when the fragile trust between them is broken, Frances is caught between who she was and who she longs to be.

Heartstopper Summary: Charlie, a highly-strung, openly gay over-thinker, and Nick, a cheerful, soft-hearted rugby player, meet at a British all-boys grammar school. Friendship blooms quickly, but could there be something more…?

Both of these books, have rich themes of identity, finding yourself, and rooting for your own choices. Interestingly, they’re all from the same ‘World’, including Solitaire, Alice’s first book.

Heartstopper is a smile wishing to spread over your face, and Radio Silence is a book I wish I had read to death as a teenager.

You can also purchase at Waterstones UK:

THEY BOTH DIE AT THE END

Summary: On September 5, a little after midnight, Death-Cast calls Mateo Torrez and Rufus Emeterio to give them some bad news: They’re going to die today. Mateo and Rufus are total strangers, but, for different reasons, they’re both looking to make a new friend on their End Day. Rufus and Mateo are about to meet up for one last great adventure—to live a lifetime in a single day.

A title such as this, you know you’re not going in with a hopeful ending, but surprisingly, as much as it hurt, I loved this book. Not only are the two main characters LGBTQ+, but they are also POC. The story is beautifully written, and thought provoking. But, more importantly, this book ruined me, as a warning. Like, literally sobbed.

You can also purchase at Waterstones UK here.

SIMON VS THE HOMO SAPIENS AGENDA

Summary: Sixteen-year-old and not-so-openly gay Simon Spier prefers to save his drama for the school musical. But when an email falls into the wrong hands, his secret is at risk of being thrust into the spotlight. Now Simon is actually being blackmailed: if he doesn’t play wingman for class clown Martin, his sexual identity will become everyone’s business.

This book was recently adapted into a movie, and before I could even see it, I had to read it. I’m glad I did.

It’s beautifully honest, and you feel so connected to Simon all the way through this warm coming-of-age story. The love of his family, and their relationships with one another is amazing to read.

This entire book is genuine, and Becky Albertalli has become one of my FAVOURITE authors because everything she writes just seems to spot on.

You can also purchase it from Waterstones UK here.

Just because some of the authors listed have written other amazing books, I wanted to include those here:

For more YA books, consider reading this post here.